Since World Vision launched their #KidsOffNauru campaign in mid-August, the deplorable conditions in which the 119 children on Nauru Island are living in have come to light. The refugees and asylum seekers are faced with substandard conditions where they lack access to adequate healthcare, education and protection from physical and sexual abuse. Many have witnessed or been subject to abuse or harm, hundreds of such incidents were reported by the Guardian Australia in 2016. 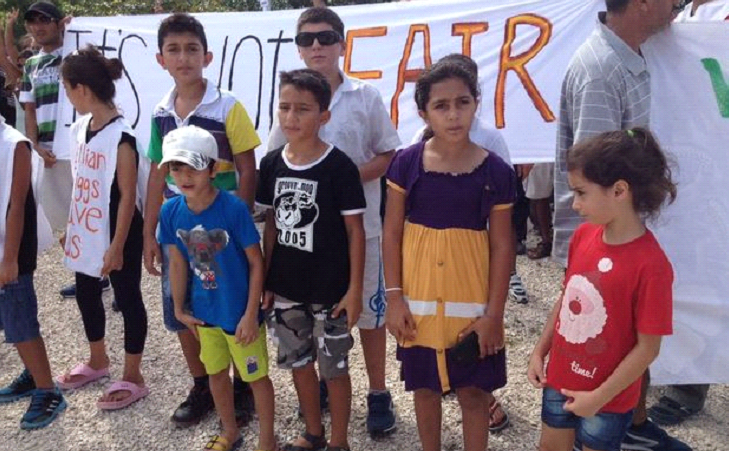 Australia’s offshore policy is designed to deter people from embarking on dangerous sea voyages in the hopes of claiming asylum. In 2013 the Australian government introduced a policy that any asylum seeker arriving to Australia by boat would be sent to Nauru or Manus Island for processing. If granted refugee status, they would be able to settle in any other country than Australia. These policies have received sustained heavy criticism for their violations of human rights.

The Australian government said in a statement that “children of refugees and asylum seekers on Nauru have access to education, health services, welfare, good accommodation and a range of social services provided by the Nauru and Australian governments. Nauruan children grow up happy and healthy on our island. Activists [are] playing politics and distorting facts.”  However, the reality on the ground in Nauru starkly contrasts the picture painted by the Australian government.

Since the children arrived to Nauru, they have remained neglected and have faced substandard living conditions, education and health-care services. The children of Nauru have been forced to live an alien and hostile environment. Some children have been born on the island and have never known anything other than fences and guards. Some have had to endure the conditions on Nauru for almost five years.

The situation in Nauru has reached crisis level, and the children’s plight is only worsening.

Refusing food for more than two weeks, a 12-year-old child held on Nauru has been on a hunger-strike. Just recently, amid mounting concerns around his health, he has been flown to Australia for treatment.

A girl suffering “resignation syndrome”, where one withdraws from life around them by refusing food and water, has been ordered off the island by an Australian court. She is the latest to join a string of critically ill children who have been removed from Nauru for urgent medical care. A 14-year-old boy suffering from major depressive disorder and severe muscle wastage was flown directly to Brisbane. Doctors are concerned he may never be able to walk normally again. 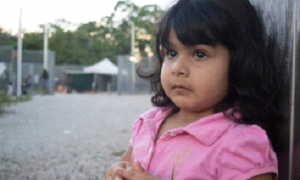 Two-year-old Roze was born on Nauru: her family has been waiting for their new home for five long years.

Reports have also indicated that last week, a 12-year-old girl was taken to Nauru hospital after reportedly attempting to set herself on fire. The girl has made repeated attempts to end her life in recent weeks, with the most recent attempt being witnessed by several other children. A psychiatrist on the island has recommended she be moved to Australia immediately. Since Thursday 23rd August, three children have left the island, with reports coming in of several more children, some as young as 12, in similar critical conditions. Self-harm and suicide attempts, including by self-immolation, are growing routinely common on the island, among both adults and children.

The medical staff on the island is overwhelmed by the current crisis. Their referrals for children needing urgent transfer from the island for medical care, have continuously been rebuffed by Australian Border Force officials present on the island. Since December 2017, at least 14 legal challenges have been brought before the federal court seeking immediate orders that children be moved from Nauru to Australia, where they can access the higher-level care they so desperately need.

Tired of being pushed aside and forgotten, refugees on Nauru hold a protest.

As part of a deal with Australia, the previous US administration offered to welcome refugees from both Nauru and Manus Island. However the process has been slow.  Difficulties have also arisen as the new US administration introduced new restrictions about which nationalities it will accept as refugees. The reality is that many of the children and their families on Nauru have no hope for resettlement in the US due to these new restrictions.

World Vision’s campaign aims to have the Nauru children and their families to be brought to safety and resettled in New Zealand before Universal Children’s Day on 20th of November.

Join us, make your voice heard, and help get the #KidsOffNauru.