On Thursday the 30th May, all of us here at the Community Justice Project and Asylum Seekers Equality Project had the honour of hosting Gayaal Iddamalgoda to hear his thoughts regarding our current Refugee Policy and the criminalisation of immigration. 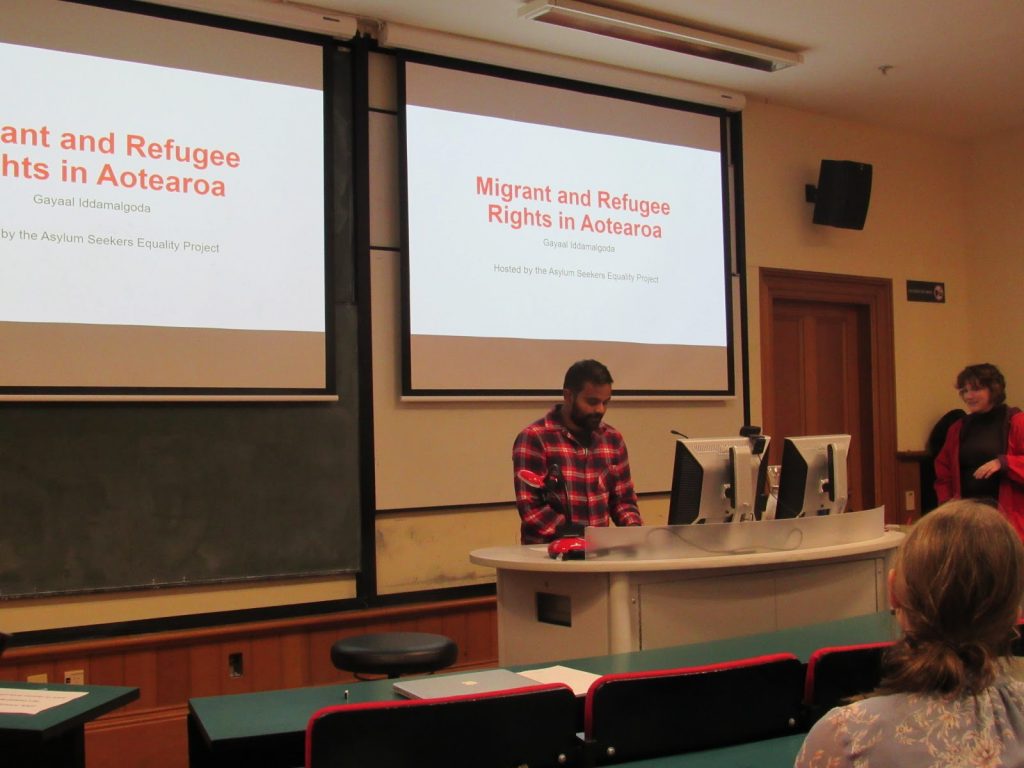 Gayaal Iddamalgoda was born in Sri Lanka, in a time where Sinhalese violence and suppression cost hundreds of lives and displaced hundreds of Tamil people. His family migrated firstly to Australia, and then later Dunedin where he grew up. After his graduation he moved to Melbourne and became involved in refugee activism. This was something that shocked Iddamalgoda as he saw “detention centres, surrounded by barbed wire fences and where people were subject to daily physical, emotional and physical abuse just for claiming a basic human right”. It was these circumstances that opened his eyes to the need for refugee policy reform in both Australia and New Zealand.

Iddamalgoda outlined that there is a family-link issue in New Zealand’s refugee policy: African and Middle Eastern refugees are excluded from the quota unless they have an existing family member in New Zealand. While working for First Union New Zealand as an employment lawyer, and the knowledge and experience he acquired in Australia and New Zealand, Iddamalgoda decided to run for Parliament in the Wellington Central seat. In his campaign, he learned that the problem highlights increased disparity but  tends to be ignored and brushed off by politicians. This is evidenced by Iddamalgoda challenging the National candidate running for Rimutaka, who out-rightly denied that the problem existed. Iddamalgoda believes that this is both astonishing, and a clear instance of discrimination, which has been confirmed by the current Immigration Minister Iain Lees-Galloway. Despite the clear discrimination in our immigration system, Lees-Galloway has not introduced any policy reform regarding this issue. This means that Immigration New Zealand still retains discretion to set a difference of criteria that migrant and asylum seekers have to meet, and the difference in rights for asylum seeker claimants.

This criteria is based on many different factors, as outlined by Gayaal Iddamalgoda. According to him, our current policy is “pegging differential treatment on security concerns”. It is based on assumptions of race, culture and ethnicity, as well as where the asylum seekers come from. This issue is prevalent, especially as it portrays the idea that New Zealand has an aversion to particular people coming to our country, simply because they seek asylum with a visa. The more you are suspected to be an asylum seeker, the more likely your visa will be declined. As stated by Iddamalgoda, this shows the direct “racialisation of New Zealand policy”.

This policy was reviewed and renewed during the height of the Syrian Refugee crisis. This is because the National party argued they wanted New Zealand’s policies to be reflect being “good neighbours”. Yet, there are many instances why this is also not quite true. 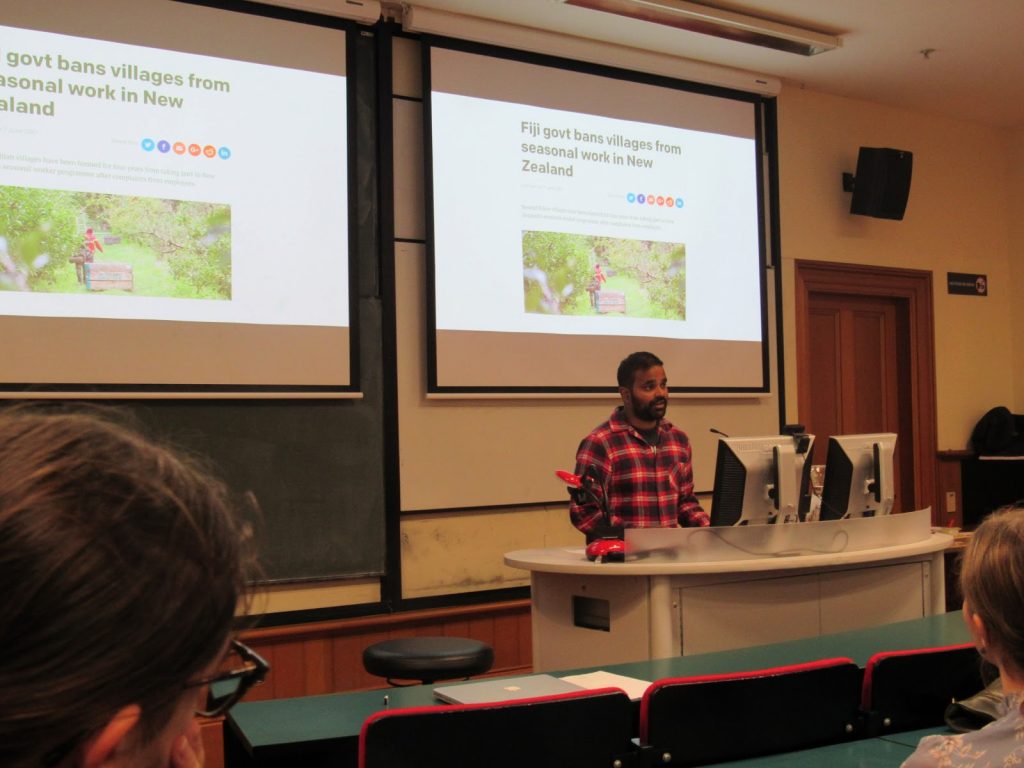 The Recognised Seasonal Employer scheme employs workers from the Pacific. This is ostensibly about the “neighbourhood” aspect which New Zealand claims to be basis of our refugee and asylum seeker policy. But under the scheme, the workers’ status is entirely connected to the employer, as they are dependent on them for food and shelter. Workers also cannot reside or leave here without their employer’s permission. Iddamalgoda told us about a case where a worker from Vanuatu was banned from seeing their son by their employer. This demonstrates how New Zealand’s policies can differentiate rights between immigrants and asylum seekers, suggesting that perhaps we are not so focussed on helping our neighbours as we thought.

For more information on groups and services trying to give these people the rights they legally deserve, and also give them a voice in our community, follow our facebook page. We would like to thank Iddamalgoda for his time, perspective and the mahi that he continues to do for the community.